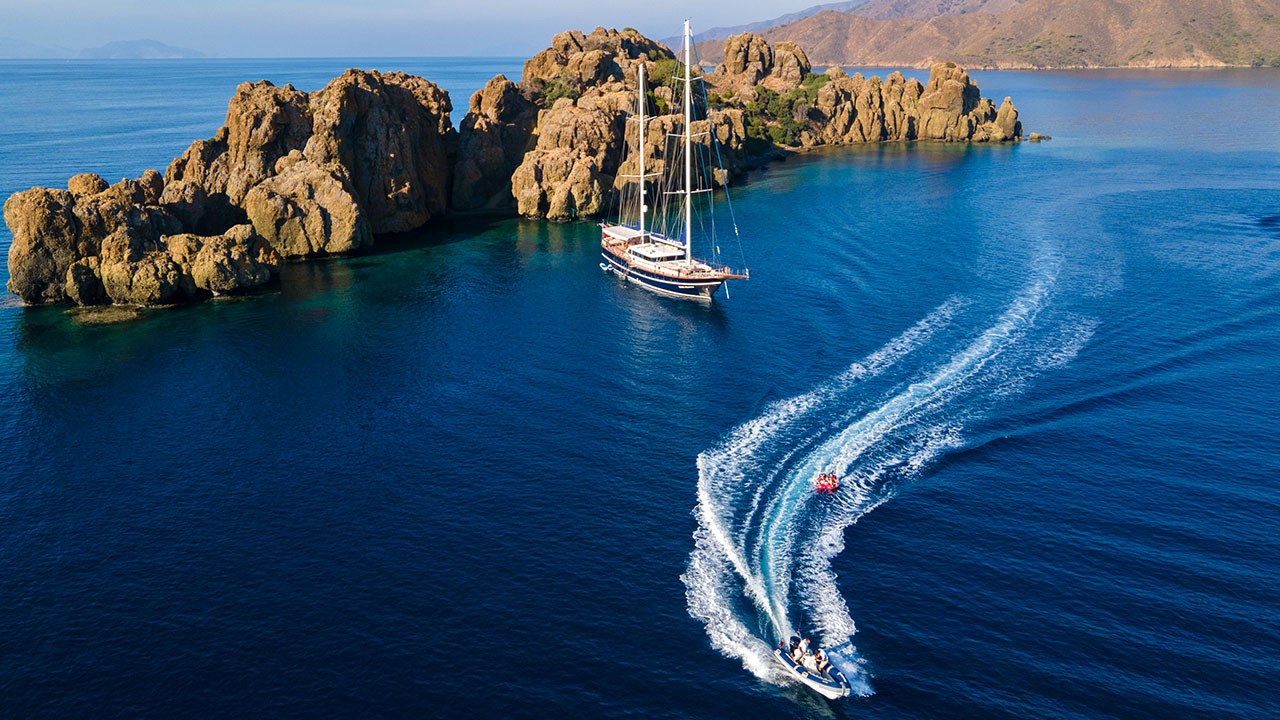 As desirable and popular the Cyclades islands are in the Aegean sea of Greece; there are certain times of year that is best enjoyed, than other times. Those Santorini sunsets and panoramic views from atop the Caldera are timeless. The island of the winds, Mykonos has something to offer for all ages from the party-goers to family groups and mature travellers. All the beautiful islands in between such as Ios, Paros, Naxos, Astipalea, Amorgos, Anafi are stunning accessories to your route.

While all is beautiful and inviting, when it comes to travelling by sea in the Central Aegean Sea; weather conditions are a foremost factor for captains to consider before setting out a route. During the months of mid June, July, August and first half of September it is Meltemi season. The Meltemi, otherwise know as the North winds are highly active during this time of year. It usually starts around 10:00 am and continues until the afternoon hours. Come evening time, and during the night, it’s as though these winds never happened. The air is still, the sea is calm. However one of the reasons the Meltemi is welcomed is because the winds make for great outdoor air conditioning – particularly when on anchor at a islands’ bay. The breeze feels good under the hot summer sun.

Many agents and yacht owners, captains will suggest travelling in the Cyclades during the month of May, first half of June, late September and October. This is also beneficial in charter prices as those months are considered low season months. So you not only enjoy the great weather, sea conditions, low boat traffic (as kids are still in school), but also favorable charter rates during blue cruise season.

What happens if you sail during Meltemi season? As these winds can be quite unpredictable, with possibility of reaching 9 beaufort, you may find your time spent in sheltered bays – taking away from your holidays, when you could be cruising during the day perhaps.

So if you and your family and friends have their heart set on sailing in the Cyclades, wanting to visit famous islands such as Santorini and Mykonos; low season months are suggested. Where do Turkish gulets start from to sail in the Cyclades? Bodrum or Kos.

Have questions about chartering a gulet in the Cyclades? Ask us for advice and suggestions!

Please fill in this form, our private agents will respond in the day.

Find our office on Google Maps